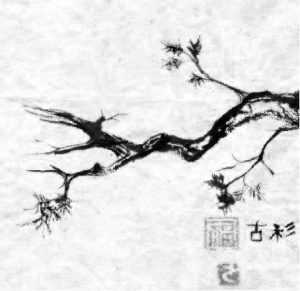 Giving Up the Cane

Once upon a time, in a faraway land where everyone was blind, a conference was held in the great hall, in tribute to the wonderful cane. The latest lightweight collapsible models were on display, the fruit of generations of development since the early wooden sticks.

According to legend, many years ago a holy sage was out walking, stumbling along blindly like everyone else and often falling. Sprawled out on the ground after one of his falls, he felt a mysterious stick. He picked it up and instinctively began swinging it and tapping the ground to find his way. This stick changed his life.

Production of similar sticks began and soon everyone in the land was swinging and tapping with what came to be known as “the cane.” The cane provided its users with a feeling of stability and security. Generations of children grew up learning to use a cane to guide them. They took it with them wherever they went, and kept it by their beds at night.

Stories were written about the history of the cane, poets wrote rhymes about the cane, and old canes were lovingly refurbished. Everyone had their own unique cane, and life without a cane was unimaginable.

At the conference philosophers discussed the mysterious connection between the revelation of the cane by the early sage and the very essence of blindness. The two complement each other, they said, both having their origins in the divine.

The last speaker was someone who had never addressed a conference before. He crossed the great hall and mounted the platform without using a cane at all. He was very excited, thanked his hosts, and said he had good news for everyone.

“If you throw away your canes and open your eyes,” he said “you will be able to actually see the world around you. I know this from personal experience.”

There was an uproar in the hall. People suspected that it was a trick, and if they followed this advice, they would surely stumble and die. It was just too revolutionary an idea. None of those present knew that the speaker had his eyes open and had walked to the stage without needing a cane.

One of the elders proclaimed that even if there was a grain of truth in what he said, this would eventually bring harm to them all: “If a man begins to see and his wife remains blind, their relationship will be strained. If children can see, they will disobey their parents. And if we give up the way of our ancestors, who knows what the consequences may be.”

Another person pointed out that if we could see with our physical eyes, we would be no different from dogs, horses, and cows. They all see, but their life has no spiritual significance at all.

The members of the audience grew restless. The stories they had grown up with, reminiscences of childhood canes, grandfather’s cane hundreds of years of tradition and culture all these were at stake. Salesmen and businessmen who owned the factories that produced canes felt threatened.

Their livelihood depended on coming up with new improved models every year.

Finally one open-minded member of the audience said he was willing to take a chance and throw away his cane if first he could see. The speaker told him that first he had to throw away the cane, and only then would he be able to see, just as you have to jump into the sea to learn to swim. He stressed that a cane is not good or bad; it is simply a cane. Blindness has no special significance or holiness, and with all due respect to the cane, its benefits cannot be compared to the benefits of vision.

All the medicine, in all the pharmacies in the world,

Even if you pile them as high as a mountain,

They will not be of more benefit

Although it was a good speech, he was never invited to speak at a convention again.