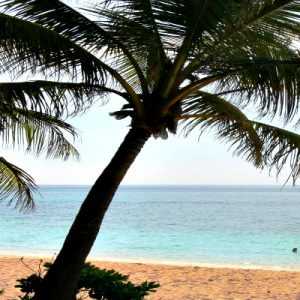 The Servant Who Became the Master

Hinduism, the oldest of the Far Eastern religions, emerged over 3,500 years ago in northern India. The secret teachings of Hinduism have survived throughout the ages, many encrypted in simple tales spread by storytellers.

Before the days of television, people would sit barefoot on the cool floor of the local temple in the evening, listening to these stories. To this day, old and young, grandparents, parents, and children sit together enraptured, in colorful Indian temples, amid flowers, candles and burning incense, as Brahmin storytellers bring alive these ancient tales of gods and goddesses. Although they have heard it hundreds of times before, almost everyone’s favorite is the story of Manu, the first man, who fathered all of mankind.

It all began the day Manu went to see his father, Lord Brahma the Creator, to complain about how difficult his life had become. “My family has grown,” he said, “and with so many mouths to feed now, I have to work very hard.”
“I have a hardworking magical servant,” Lord Brahma replied, “and I’m prepared to give him to you, but with one condition: you cannot send him back.”
Manu laughed. “That’s no problem. Where is he?”
As soon as they returned home, the servant appeared, asking what he was supposed to do.

“Go plow the fields,” said Manu, smiling.
In no time the servant returned, saying he had finished plowing and wanted to know what to do next.
“Build a fence around the house,” ordered Manu.
After a few minutes the servant returned.
“What now?”
“Clean the yard. Dig a well.”

Soon there was nothing left to do, yet the servant kept asking what to do next.
When Manu was resting in his hammock in the afternoon, the servant would come and ask about his next task. At night, while Manu was making love to his wife, the servant would appear and interfere. As Manu was falling asleep, the servant would inquire about his duties for the next day.
Manu’s patience wore thin. The servant was always reminding him what needed to be done, and Manu missed the freedom and peace of mind he had before he had a servant.
Eventually Manu went to see his father again, pleading with him to take the servant back.
“Since he arrived I haven’t had a moment’s peace.” said Manu. “He fills my mind with worries and I have stopped enjoying life.”

Lord Brahma reminded his son that the condition for receiving the servant was that he could never be returned. Unfortunately Brahma is only the creator and cannot destroy. Manu was discouraged.
“Try to visit my brother Lord Shiva,” rumbled Brahma. “Maybe he will be able to help you.”
Manu left everything and made the long journey up the Himalayas to the abode of Lord Shiva the Destroyer.
Shiva listened as Manu explained his problem. “That is a big problem indeed. May the Om be with you”, replied Lord Shiva. “The next time the servant asks you what to do, tell him to raise a pole in the middle of the yard. Then every time he bothers you, tell him to climb up and down the pole , until you tell him otherwise.”

According to Indian tradition the expulsion from the Garden of Eden was not something geographical, but internal. Each of us has received a magical servant to make our lives easier, but at a terrible price; because of this servant, humanity has surrendered its happiness and inner peace.

The Indian name for the servant in the story is Manas, which has evolved over time into the word “mind.” Manu’s story portrays the blessing and curse of mankind. The servant is supposed to help us solve all our problems, but instead he is always pressuring us, and he cannot be silenced or returned. Manu’s simple state of contentment was replaced by concerns for the future, and haunting memories of the past.

In many nations the Mind Servant has become the master, over whom the true master has no control. Brahmins tell tales of nations far across the sea that have placed their servants on pedestals, built them great monuments, and sacrificed their sons and daughters to them, as if they were the new gods.

People become slaves to merciless servants who keep them in a constant state of anxiety and prevent them from enjoying life. Some take sleeping pills to silence the servant at night, tranquilizers to slow him down during the day, and antidepressants to cheer him up. Some sedate him with drugs or alcohol, while others fall to their knees and beg for mercy. And there are those who can no longer live with him and commit suicide.

Not much has changed since Manu’s time. In fact, the situation is actually getting worse. The loss of peace of mind — the expulsion from Eden — is due to eating the magical fruits of the mind. It’s hard to resist the temptation to take a bite, yet in this fruit are the seeds of a great prison.

This is the era when the servants have risen to hold great power and masters walk defeated.
The kingdom has been sold for a handful of electronic devices. And only Lord Brahma, holding his fat belly, roars with thundering laughter that rolls down the slopes of the Himalayas.
Since he got rid of the servant,
he has never stopped laughing.